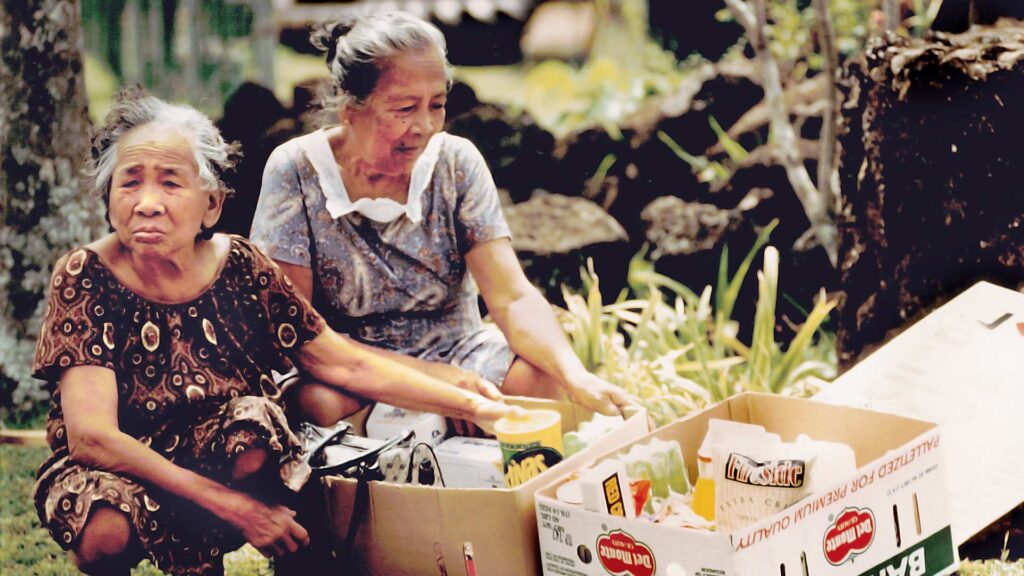 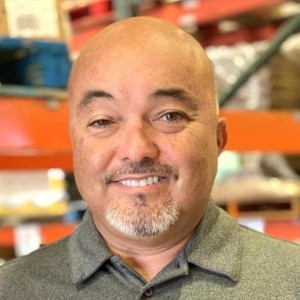 Sept. 11, 1992 — It’s hard to believe it has been 30 years since that cataclysmic day. When Hurricane ‘Iniki visited Kaua‘i, it changed everything. Packing winds in excess of 145 mph, ‘Iniki swept across the island, leaving behind the worst disaster in the history of the State of Hawai‘i. ‘Iniki was fierce, and it really presented giant problems for our tiny island.

Six deaths. More than 100 people injured. Thousands of tourists stranded. Nearly 1,500 homes destroyed, and more than 90% of the island’s buildings damaged. Billions of dollars in losses. The Category 4 hurricane ripped off roofs, uprooted trees and knocked out utility pulls — cutting off water, electricity and all communications systems islandwide. It took months to restore power, and many families spent the holidays in the dark.

I cannot tell you how many families have told me about how they huddled together in the bathtub or under a mattress, praying for the storm to pass.

For all of us on the Garden Island, we’ve become intrinsically connected to this storm in one way or another. Myself, I’ll never forget the blare of the warning sirens, the boarded windows, the frantic lines of unmoving cars, and the grocery stores packed with people — but barren of groceries.

There are tens of thousands of stories to tell about that day and the events that followed. I cannot tell you how many families have told me about how they huddled together in the bathtub or under a mattress, praying for the storm to pass. You might hear stories like Richard’s (pictured lower right), who had to live in a discarded trailer with a makeshift roof after losing his home. Folks might recall the Shell House (pictured lower left), the popular Hanalei spot frequented by locals and visitors alike – until it was destroyed by ‘IHurricane Inikiki. And then there are Aunty Maria and Aunty Eugenia (pictured on the cover), who patiently waited for hours by the roadside every single week after the storm to receive food at Līhu‘e Lutheran Church. 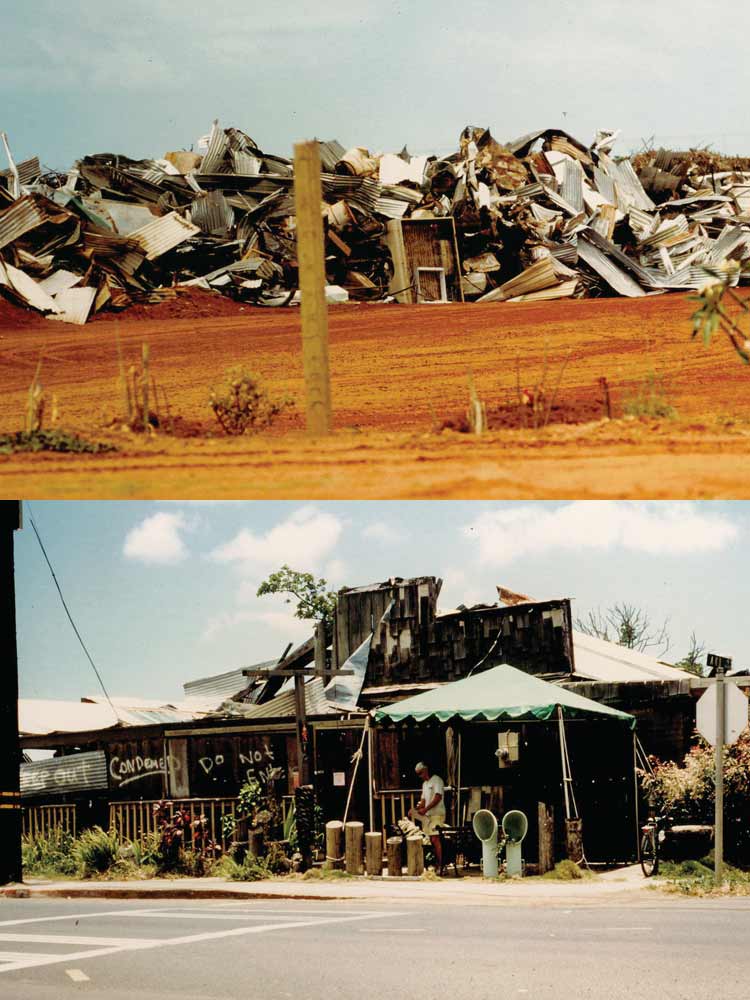 For Hawai‘i Foodbank, ‘Iniki is a story of beginnings.

Prior to ‘Iniki, there weren’t any food banks on Kaua‘i. This brought to light an extremely important issue that surfaced in the days, weeks and months following the storm: Kaua‘i’s food infrastructure wasn’t adequately prepared for an emergency of this proportion. Tremendous amounts of food were lost because there was no electricity to power the island’s refrigerators and freezers. Local restaurants, grocers and distributors raced to give away most of their cold-storage products, but that could only sustain the community for so long without power.

The day before ‘Iniki struck, Hawai‘i Foodbank, which was operating primarily out of its O‘ahu warehouse on Kalani Street, was already beginning to anticipate and prepare for emergency. The team implemented a disaster relief plan and initiated a statewide food collection effort with drop-off locations at all fire stations and many banks. Incredibly, in just a few days, the food drive collected nearly 1.7 million pounds of food — exceeding the capacity of the warehouse at that time. With help from the governor, Hawai‘i Foodbank secured an additional 150,000 square-foot building near the airport. This location would serve as an integral staging, sorting, packing and shipping facility for the ‘Iniki relief efforts.

With the help of more than 1,000 volunteers, Hawai‘i Foodbank immediately palletized and shipped 1.5 million pounds of food to Kaua‘i. Over the course of the next year, Hawai‘i Foodbank distributed roughly 5 million pounds of food to an average of 12,000 people each month — a quarter of the population of the Garden Island. For more than 70% of those people, this was the first time they ever had to ask for food assistance. 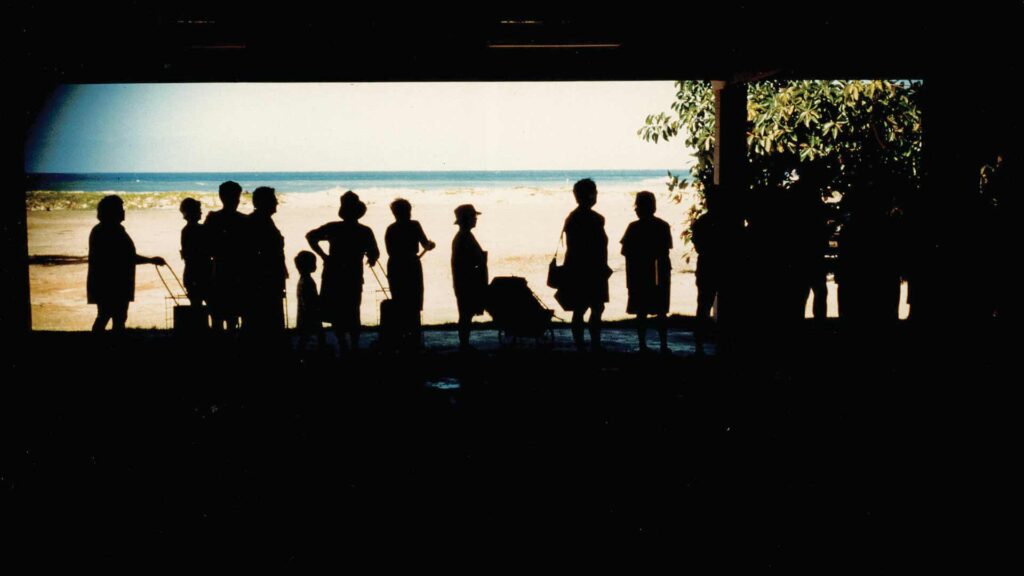 With the help of more than 1,000 volunteers, Hawai‘i Foodbank immediately palletized and shipped 1.5 million pounds of food to Kaua‘i.

This was all accomplished in cooperation with the American Red Cross, The Salvation Army and more than 20 other voluntary organizations. In collaboration with these partners, a food distribution network was created on Kaua‘i along with five emergency distribution sites to provide extra aid.

Hawai‘i Foodbank’s ‘Iniki relief efforts garnered national attention and set a model for food bank disaster relief across the country. This laid the groundwork for Hawai‘i Foodbank to work with America’s Second Harvest —
now known as Feeding America — in establishing food banks as legitimate and necessary partners in emergency food distribution at both the local and state levels. The response to ‘Iniki has also resulted in lasting relationships between Hawai‘i Foodbank and the County of Kaua‘i, the State of Hawai‘i, FEMA and the National Guard.

‘Iniki is also a story of long-term commitment. 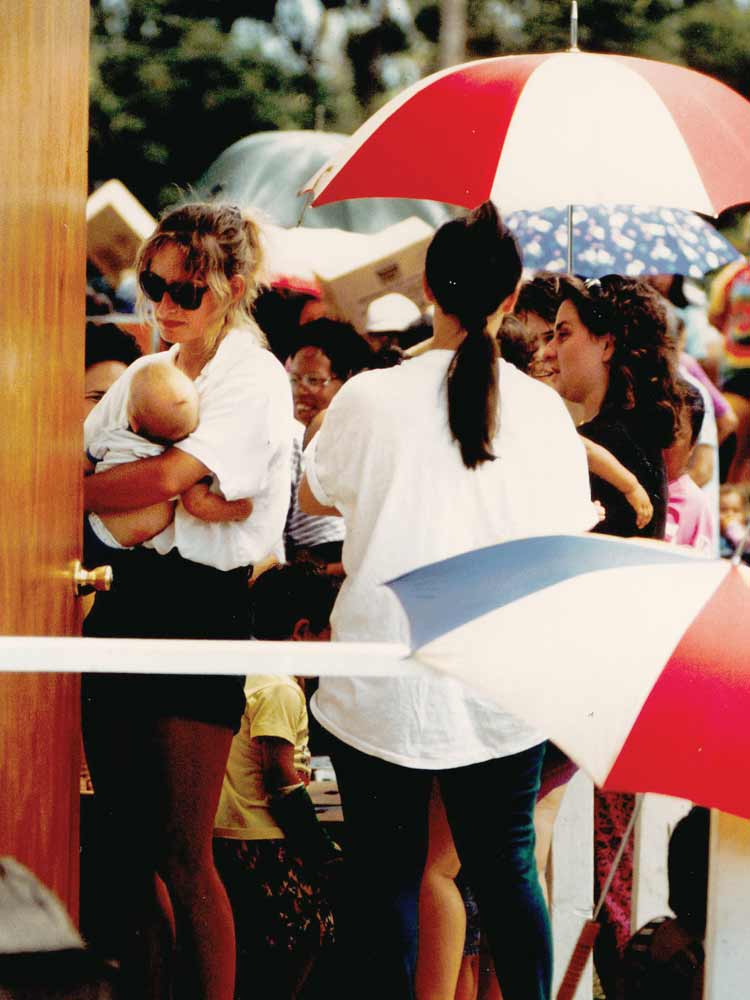 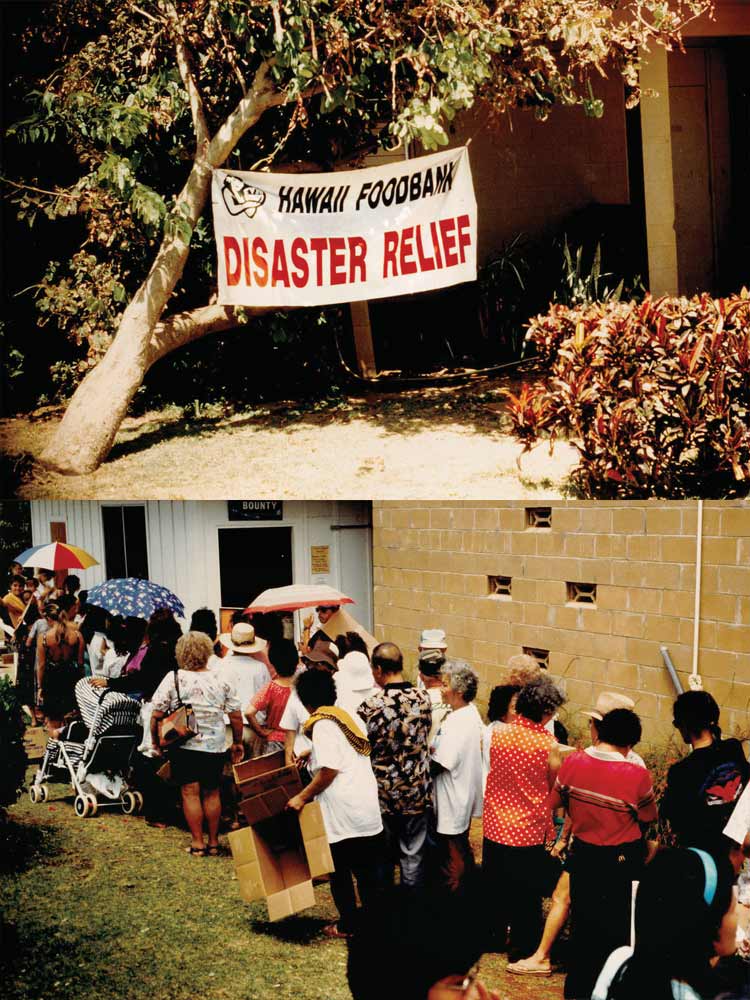 Since ‘Iniki’s unprecedented landfall on Kaua‘i in 1992, the State of Hawai‘i has endured volcanic eruptions, historic flooding and landslides, major swells, a government shutdown and even a global pandemic. Every one of these events has taught us valuable lessons on preparedness, relief and recovery. As we look towards the future, we aim to build upon this experience and prioritize disaster preparedness as a pillar of our mission. Here’s a closer look at what we’re doing to strengthen our role as an essential emergency relief organization: 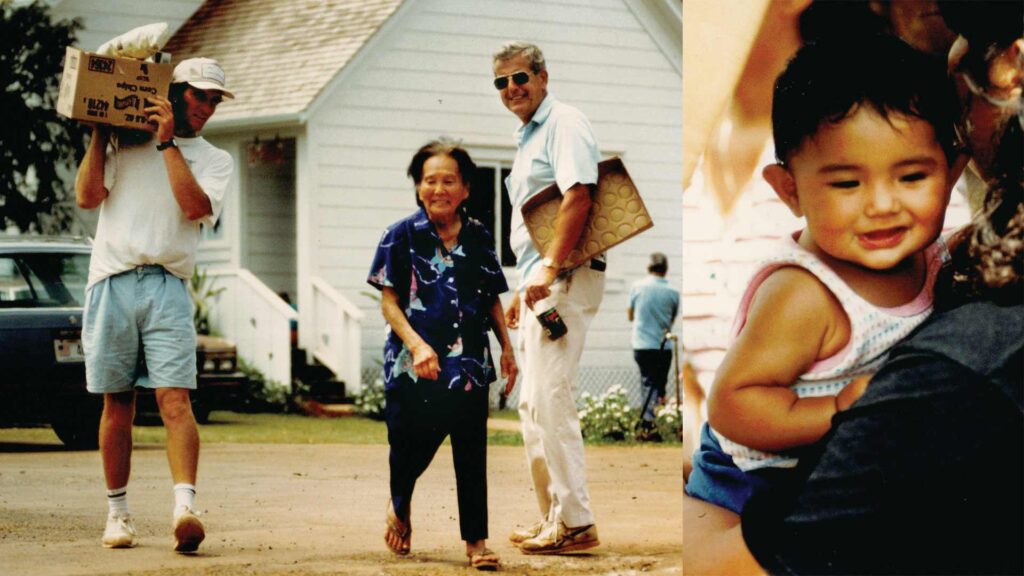 ‘Iniki is a story of courage, resilience and love in action.

When we look back at ‘Iniki, it is important that we remember the devastation, trauma and heartache. But as we reflect upon those painful memories, we must also remember to be courageous and never forget how far we have come in our resilience.

‘Iniki taught us many lessons. It reshaped the way we think about hurricanes in Hawai‘i, and it has helped us better prepare for the future. But more than anything, Sept. 11, 1992, showed us that the people of Hawai‘i don’t hesitate to take action when it comes to taking care of one another. At Hawai‘i Foodbank, we’ve seen it in our mission every day ever since. JoAnn Yukimura, Kaua‘i Mayor during ‘Iniki, said it best, “Hawai‘i Foodbank demonstrates love in action.” 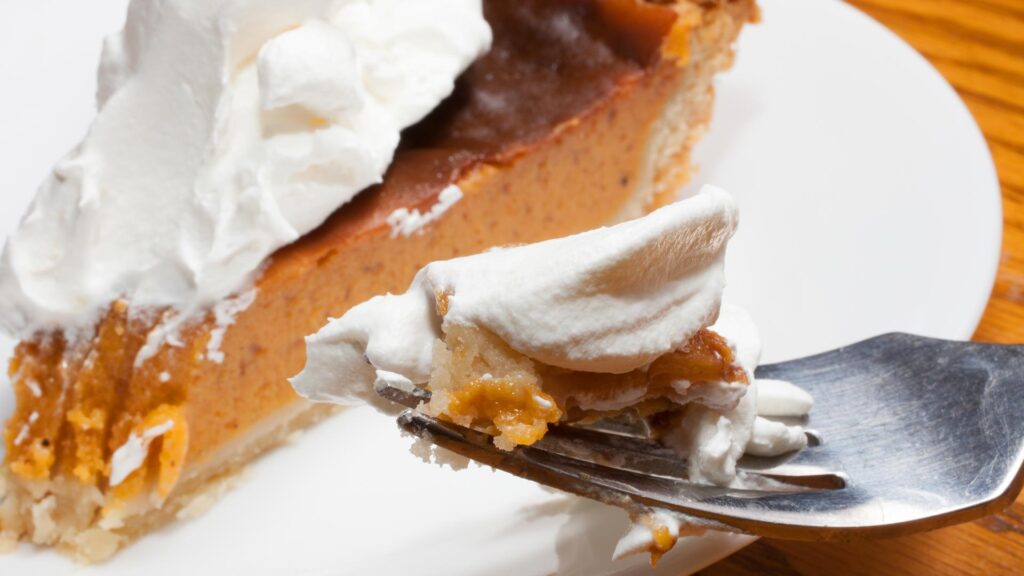 5 Food Waste Tips for the Holidays 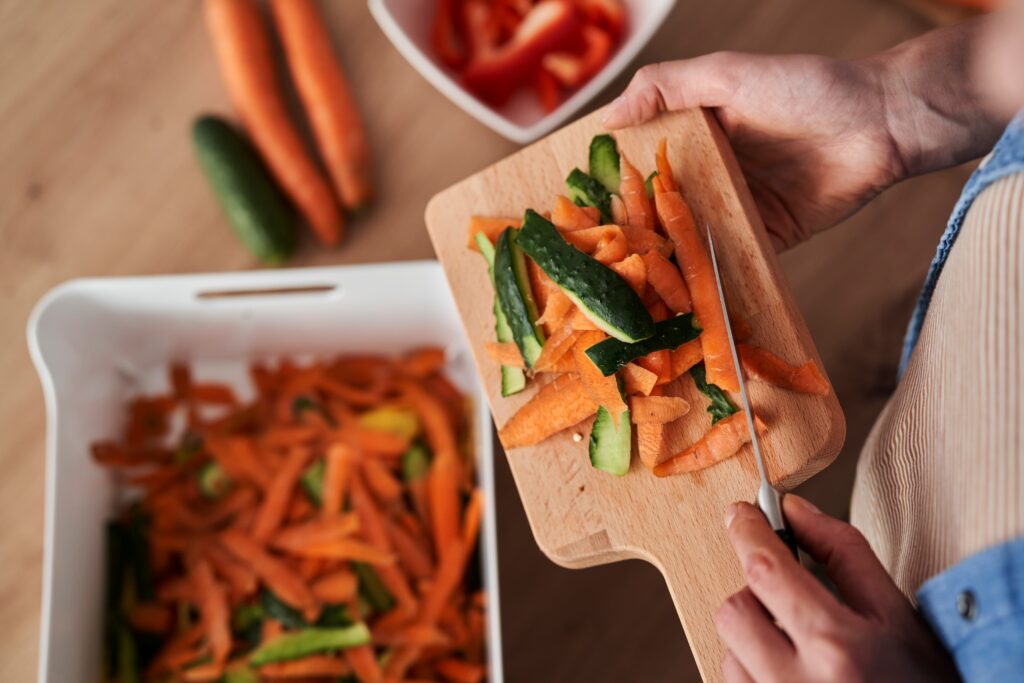 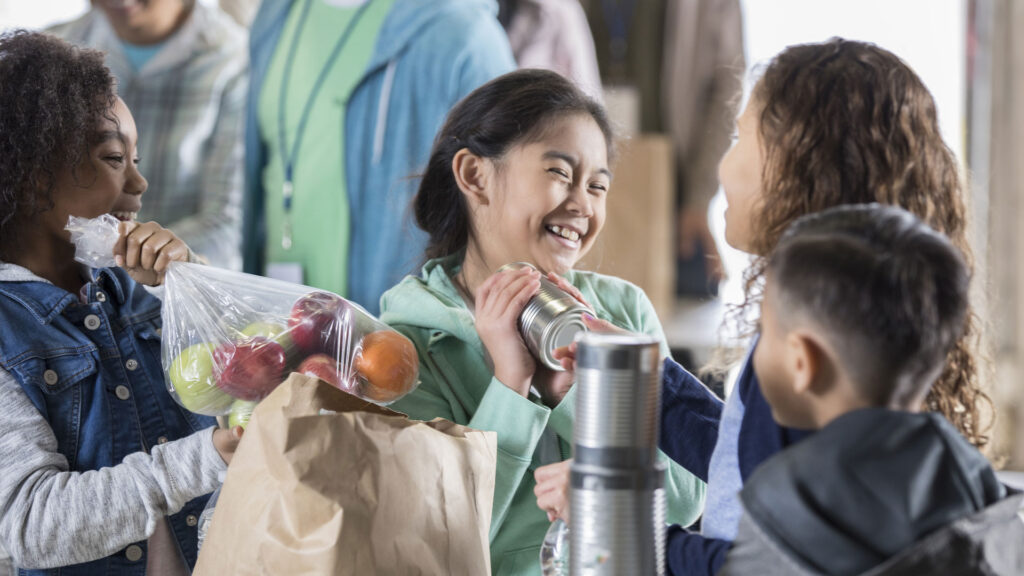 A Different Kind of Resolution Submit the form below to receive email messages from Hawaiʻi Foodbank. You’ll get the latest news updates, event information, volunteer opportunities, stories from our communities and much more.